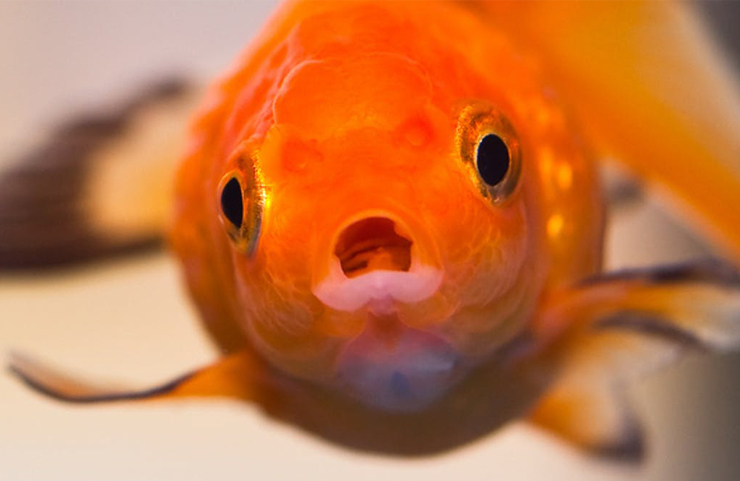 I borrowed this blog’s title from an HBO “clip show”* that aired from 1989 until 1994. Ironically, by today’s standards the episodes of Short Attention Span Theater –at 30 minutes each –were overly long. These days, a half an hour is far too much of an investment of time for young brains rewired by the Internet.

*For the uninitiated, a clip show is comprised of short excerpts, or “clips” edited from broadcast programming.

In point of fact, a 2015 study by Microsoft that tracked the brain activity of 112 people with electroencephalograms (EEGs) found that the average human attention span is rapidly declining.

In 2000, we could boast of having an attention span of 12 seconds. No longer; the Microsoft study indicates that our attention span has shrunk to eight seconds – meaning that we have less focus than a goldfish (nine seconds).

Granted that this is an over-simplification, but in our media-saturated environment which media platform dominates? Welcome to the world’s Short Attention Span Theater or, as you might know it – YouTube.

At more than 3 billion searches a month, YouTube is considered the second Largest Search Engine. But when you consider that YouTube processes 100 hours of freshly uploaded video…every minute (for a total of 1 billion hours of video per day!)…YouTube is the world’s most-watched video platform.

An old advertising maxim went, “…without the aid of advertising a product attempting to attract attention is merely waving its hand in a dark, crowded, noisy amphitheater.” If you’ve ever tried to find your kid a at sporting event or a rock concert, you know the feeling.  For advertisers on YouTube, the challenge of attracting attention absurdly daunting.

In 2017, surprisingly the average length had grown to 4 minutes and 20 seconds, based on a range of 42 seconds to 9 minutes and 15 seconds. Why the increase? I suspect that it’s a function of the greater number of videos being uploaded in 2017 versus previous years.

Enough with the statistics. If you decide that you’re going to wade into this churning maelstrom of noise and confusion best follow some simple rules.

Start off with bang – literally, if it makes sense with the message.

Way back in the 1970’s most TV spots had just 30 seconds to deliver a memorable message. A company named Burke – an early pioneer in audience testing – showed that a loud noise such as shout, or a door-slam would capture the viewer’s attention with the result that the viewer was more likely to recall seeing the spot surveyed at a later date. Starting a spot with an interruptive noise became known as “high Burke opening.”

Unfortunately, this trick only works with a captive audience already somewhat focused on the TV screen and relatively undistracted by other stimuli. These days, that scenario rarely applies to anyone under the age of 70 who is probably watching the Home Shopping Network.

Younger folks scanning their YouTube feed for distraction – if they’re not attracted by a celebrity, a titillating image or an adorable puppy – will glance at the lower right corner to check out the video’s length. The shorter the time the more likely they’ll  hit play.

Once the viewer hits play you, have just seconds to grab their attention – back to the principle of the “high Burke opening.”

Assuming that you get their attention, front-load your message because you can count on your audience starting to disappear as your video progresses. Research shows that for a video of 4-5 minutes, fewer than 60% of your viewers will still be with you–against 75% for a 1-2 minute

Don’t hold your call to action to the end, especially for longer videos. Consider a clickable annotation that appears in the first few seconds.

If you have a lot to say, break it up into digestible bits. Training, in particular lends itself to this. Instead of a single video that shows a long process, or tells a detailed story, make a playlist that links pieces of the process for a coherent whole. Doing this makes it easy to explain your message or teach your process in the short attention span theater.

Another benefit to breaking a message into discrete chunks is creating more video assets and increased views of the videos on your YouTube channel.

Some tips on telling your story in a short video.